Come Play with Your Big Sister/Summary

Hanging out at the Omiya household, the girls chat about an article Isami was featured in when she stops by the room with some tea for them. They accept the barley tea until she reveals she put salt in it; on accident, since she mistook it for sugar. While Yoko has her doubts she lets it slide until Isami takes off, when they ask Shino why she is acting oddly. She comments that as of late Isami has been feeling down and was spacing out now and then, causing Karen to suggest they go out to have some fun. They go to speak with Isami and she decides to join them. While waiting for Shino to get changed Yoko asks Isami if she wants to dress up as well, and Isami decides it might be fun since she normally just puts on a hat to disguise herself.

Shino returns dressed in a Princess gown and Alice takes a picture of her. She reveals she grabbed cameras for everyone to use, taking them from Isami's collection, then offers a prize for whoever gets the best picture, getting the money she and Alice were saving to afford a trip to England. But seeing that it isn't that much- Alice convinces her to forget about that idea. Isami joins them shortly after, now donning Shino's school uniform and a pair of glasses as she suggests Shino change out of her flashy dress. Shino refuses and they take off after realizing trying to convince her is futile.

At town the girls make a stop at Love Port and Shino hands Isami her camera as they start to split up. Yoko chases after Aya when she flusters her enough to make her run, while Alice, Karen, and herself head into the nearby shopping mall. Karen to stop as she spots someone and runs up to them, revealing it to be Akari. Surprised to see her teacher out of a suit and with her hair down, Karen is pretty excited and begins to take pictures of her; despite how flustered Akari is. She meets up with the others afterwards and they head to another floor.

Over the course of time the girls have fun at various locations. Alice watches with shock as Shino takes pictures of herself while wearing a blonde wig, while at Game Port Isami and Karen take pictures together at a nearby booth- although Isami is hesitant and not in a very good mood. Once they finish they are surprised by their exaggerated features, but Isami feels better as Karen attempts to flatter her after she thinks it upset her.

Later the girls observe Shino and Isami as they observe a tree nearby, then head out to check out the glasses store, then over to the pet store before taking a break. Now they try to figure out what they can do to make Isami feel better when Aya suggests they check out some clothing, though Karen doesn't think she would have fun since her work resolves around them. Shino gets an idea and the girls head into a touring area that has a bunch of pamphlets, leaving the others confused until she explains that they can have some fun just by pretending they are at the location the pamphlet is about. She brings back a bunch with her to have them last for a while, but she stumbles while trying to walk. The girls panic as Isami quickly dashes up to her and grab her to steady her, then gently scolds Shino and makes her put the pamphlets back. The girls are happy to see that Isami has finally returned to normal, happy to know that Shino still needs her, and she suggests they go off to have some more fun. They get ice cream, play with toys, play a crane machine, ride a large toy train, and take many pictures while observing several things surrounding them.

Late the girls return home and begin to go over all the pictures they took. Shino announces that the winner from their picture contest is Isami, due to getting them mid-blink in a sneaky photo. While observing the pictures Isami laughs and Shino blushes from being flustered as she thanks the group for the fun day. Their spirits remain high, glad to see she is back to normal as Alice takes one final picture.

The next day in class, Shino shows the girls that Isami is on a magazine cover. They go through it to check out various outfits she was put into when Karen spots Sakura and uses this to show her the pictures of Akari she got. After, Sakura heads into the hall and has a chat with Akari about what she saw. Angered, Akari hunts down Karen and demands the film for the pictures, but to her shock she learns that Karen owns a digital camera, so it doesn't have any film.

Later in the day, Alice reads a Japanese fairy tale and recalls the story of the Straw Millionaire. Encouraged, she wishes to try out the methods from the tale to see what happens, but Shino fears that Alice believes she is stuck with a low-class family. Alice assures her that she just wanted to try this out though and has nothing but good opinions, so Shino offers to help Alice by making her first trade. Alice doesn't think she could handle that though, because she treasures everything Shino gives to her and goes on to promise to split her ultimate treasure with Shino.

As Isami walks by Alice explains her plans to her as well and she offers to make a trade with Alice, but only if she sees something she likes. First Alice begins with some small, hand-sized dolls, which Isami accepts and hands her a picture before hinting to Alice that she should pay Aya a visit. Alice takes her advice and does this at school the following day, explaining to her friend how she got the idea. Aya agrees to a trade and offers one-thousand yen to Alice for the picture, but when Alice mentions money does not count, Aya offers her a book about baby animals. Before going, Alice curiously wonders why Aya would be so attached to the picture she had and heads off to find Akari, offering a trade using the Baby Animal book. She believes this is too friendly, but she is unable to refuse since she loves how cute the animals look. She doesn't really have anything to trade though, and they are joined by Sakura, who has chose to don a rabbit-ear hood. As it turns out she brought it for Alice and puts it on her, along with a spiral-eye glasses as she compliments her cuteness. Akari seems to agree and Alice hesitantly accepts the offer before she sadly walks into class.

Yoko spots Alice and is taken by the sight, complimenting how practical the items are. Alice takes the hood off and offers it to Yoko, who happily accepts and looks for a trade item while Alice explains the story to her. She manages to find a bottle of water and Alice takes it, commenting on how harder the game has become since the item quality is lowering with each trade.

Outside, Karen is hanging out with Honoka enjoying their snacks. As they spot Alice, Karen starts to choke and Alice offers her the water she has. After Karen is able to breath again, she comments on what Alice has been doing, having heard rumors from the other girls. As they chat, Honoka observes the girls and their blonde hair before Alice realizes she hasn't actually spoke to Honoka before, so they stop for a moment to exchange names before Karen agrees to make a trade. She reaches into her pocket and pulls out a box with a ring in it, much to the shock of Alice. Karen claims it isn't really all that valuable, only being for 10,000 yen, but still shocked, Alice scolds Karen for being so clueless when it comes to the concept of value and refuses to take her offer- until she realizes she has no choice since Karen has no other items on hand.

Once school ends the girls head home discussing the rabbit ear hood. Alice is still shocked over her trade with Karen and finds it hard to be happy, showing Shino once they split up from the others. Shino is also shocked by the sight, and Alice mentions that while it is very expensive it only brought guilt and emptiness after requiring it with no effort. At home, Isami happens to spot the ring and asks to trade for it, but Alice doesn't think Isami even has anything as valuable as the ring; until Isami offers Shino. Quickly Alice accepts this and with that, Isami leaves the room while admiring her ring.

After the credits, Shino asks Alice to stay out of the room while she does something. She tells her not to peak, and Alice stays back. But Isami is curious and slams open the door to find Shino with the sewing machine and Shino reveals that she is making clothing for Alice.

The girls admire Isami in Shino's outfit and have her put on a short wig to match her hairstyle. They compliment how she looks like Shino; who is observing from around the corner and fears that she is un-evolved due to Karen's comment. 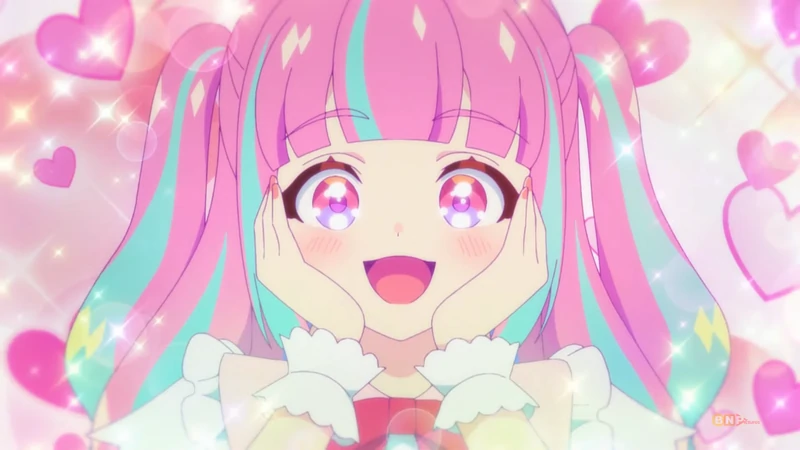 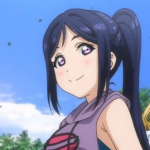