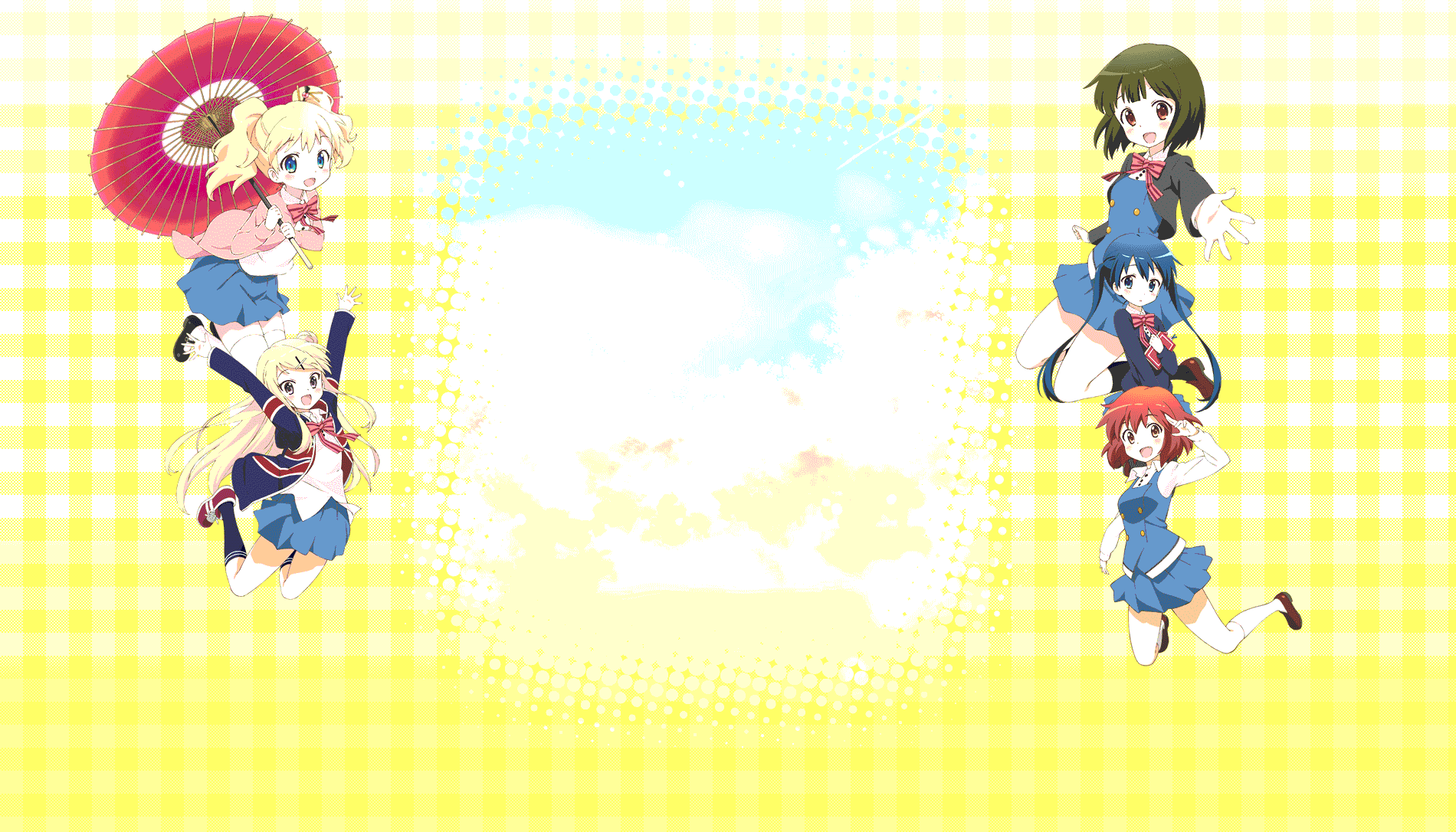 I want to know that when will be Season 3 of Kinoza start I am eagerly awaiting for it to at least come on YouTube,At first let me Introduce myself to that person who created the Kin iro Mosaic wiki,at first,My name is Sanyukta Chakraborty,I am 12 years old and I am from the country India,I watched Kiniro Mosaic Season 1 and Season 2 and both the seasons I really loved the most and its really seemed to be very much interesting,enthusiastic and many kinds of sister type confessing love between Omiya Shinobu and Alice Cartelet since they met each other in England in episode 1 season 1 only,and how a Half British and japanese girl named Karen Kujo who is Alice's friend in England came to Japan after Alice came to Shinobu in Japan,and Shinobu's other two high school friends named Komichi Aya and Inokuma Yoko,they are also bit good and intersting like,Aya at first side is a very good,blushy and an intelligent smart girl with her mystic long blue ponytails where she studies her subjects very hardly and get good grades,and on the other side Yoko a busty boyish looking girl for Aya,she gets bad grades like Shinobu and Karen but her canines which are shown in both seasons 1 and 2 makes her very cheeky and freaky too.Plus about other characters,named at first a great,cool minded and a sensible girl named Omiya Isami who is Shinobu's elder sister she is too a bit clumsy type,and the school teachers named Karasuma Sakura and Kuzehashi Akari,both are very good teachers and are very lovely and cute in front of their students in class 2-A and 2-C,and plus they both were friends too since their high school but Akari sensei is two years younger than Sakura sensei,I love their behaviour,personality and helpfulness in front of their students.And Karen's classmate and friends Matsubara Honoka and Higurashi Kana,Honoka was really very much fond of Karen at first sight because of her style,her personality her everything and her specially shiny long blonde hair due to which she cannot confess her love and sweetness towards her but instead Karen told her in season 2 episode 11 that she will always remain her best friend forever.But,not much about Kana Higurashi but she is okay in with Karen and Honoka's friend.

This was my view about Kinmoza and its all the fictional characters season 1 and 2  and please I want season 3 also to be made as soon as possible.

(edited by A Fandom user)
No replies yet. Be the first!

What do you think?